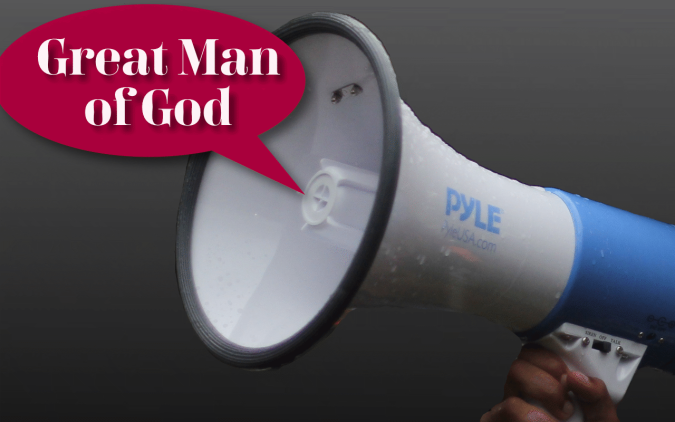 How do we handle the praises given by others for those who have been our tormenters?

Recently, I was speaking with an abuse survivor who shared her struggle with people seemingly “marketing” her ex-husband-abuser to her. They felt it their place to share how he was such a “good man” and how he was deeply saddened by their divorce.

It was like she was experiencing the abuse all over again.

Many do not understand the trauma created by abuse. And many create more of it for those who have been targets because of their ignorant, though well-meaning praise for the abuser.

When a leader passes, it is not unusual for the abusive leader to be praised on social media like any other leader. Maybe he did some good in his ministry. Even those hurt by his abuse can find “good” in his work. There is not a person created in the image of God that has not done some good in their life. And who wants to speak ill of the dead?

So, it is not surprising that people take to the cyber-waves and speak well of even an abusive leader.

And yet, there are people who were traumatized by the leader’s abuse of leadership. And as they read the posts of praise, their hearts are broken…again….and again.

Recently, a former leader of mine passed away. As I read the social media posts praising him, I struggled to keep perspective. I questioned whether I had truly forgiven him for his abuse of power because of my emotional reaction to the posts of others praising him.

I know at least one person struggled with how to respond to his death and even regretted having posted praises. His discomfort was the same discomfort that kept me from posting. He had faced the leader’s abuse, but giving honor for that which the leader did well won out where it did not for me.

As I read the posts of others I had doubts:

I did not want to be bitter. I wanted to be able to join them in speaking well of the dead. But whenever the thought of following their example came to mind, I was unable to put my fingers to the keyboard.

Though I have no doubt I continue to harbour at least a small amount of bitterness and unforgiveness, God’s people are called to stand for the oppressed; to seek justice. My motives are impure, but this is the story of our lives as we seek to follow the Lord. Our motives will always be impure at best but we continue on to do what the Lord calls us to do.

It seems that praising a man, who has treated God’s image bearers so badly, is capitulating to that abuse rather than acknowledging and confronting it.

Most importantly it seems that praising him simply tells others that their hurt is unimportant, insignificant, or something they should just get over.

My friend, who suffered the praise of her abuser by others, felt isolated. She had the sense that others expected her to simply get over the hurt, to trust the man who had abused her for years. The re-traumatizing has had a horrific effect on her emotional health though she continues to trust that the Lord loves her deeply as His daughter.

The years targets of abuse spend seeking healing can be in part undone when others ignorantly suggest, “He just must not be that bad. He did so much good.”

We all need to be sensitive to the added trauma that can result from our well-meaning praise.