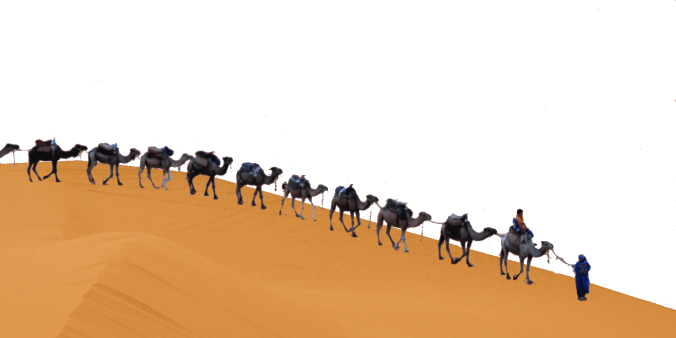 The most exemplary leader of all time was Jesus Christ. Why? He was a leader and he was in all ways perfect. For what more can you ask?

Who, in the history of mankind, has had a greater following than Jesus Christ?

When Jesus washed the disciples feet [John 13], he specifically told them to follow his lead. But as we watch the Son of God be the Son of God, we recognize there are things we cannot be or do.

One such thing being a perfect leader.

And yet, he left us, empowered by the Holy Spirit, to lead in this world despite the number of times we really mess it up. I guess that is why they call it Good News!

Dependency: A primary example and teaching Jesus gives us is dependency.

This is so contrary to what we are told is true leadership quality in an independent culture. It is fundamental to a fallen creature to depend upon self, to be independent of others. To see oneself as god. To believe that dependence is weakness and must be rooted out.

Consider how Adam and Eve, our first parents, engaged their world. They said to the wiley snake, “We want to be just like God.” We want to be all-knowing and independent.

But, God’s intention, even before Adam and Eve sinned, was that they be dependent upon Him. God created them. God provided everything for them. And He wants us dependent.

It is not only our sin that makes us dependent on God, but it is for what we were made. Dependence on the Lord.

Multiple times Mark describes Jesus as going off in a private place to be with his Father [Mark 6:30, 14:32]. Even as Son of God, the Creator of all things [Colossians 1:16], Jesus Christ needed time with his Father to recharge and rest in God.

A true leader is first of all dependent on the Lord.

Trust Our Team: As Moses learned in the wilderness, we must have the help of others who bear the image of God. Moses was challenged by his father-in-law, Jethro, to bring others alongside to help him in the extensive work of judging Israel [Exodus 18]. Moses followed his advice and chose good men to judge the people.

He brought up others who were qualified to work alongside him, giving them opportunity and responsibility to use their gifts.

One of the most common pictures of a strong leader is one who controls. He controls all that is happening. He is the one making it all happen in the organization. He is making all the important decisions. And, therefore, he gets all the credit for success.

But, that is not the picture of biblical leadership.

The writer of Proverbs 11 wisely says,

Where there is no guidance, a people falls,
but in an abundance of counselors there is safety.

Leaders must have the help and guidance of other people…people who have skills, wisdom, and vision and are right there on the leader’s team.

Recently, I was in a position of leadership and assumed control of the service being provided by a volunteer church member. Following the worship service, John (the volunteer) made the comment, “You don’t really need me.”

I was cursing myself as I left the church realizing that the guy who writes and researches bad leadership should know better than to pull such a shenanigan. I appologized profusely later for assuming control and giving the impression I did not need him…I most certainly do.

We all need others to use their gifts.

Jesus, in Matthew 10, appoints the twelve Apostles. These men would be under Jesus’ watchful care and discipleship for his three years of earthly ministry. But, just as the term “apostle” implies, they were sent out.

In fact, Jesus sent them out apparently within a very short time of calling them into his organization…certainly within the first half of his ministry. Can you imagine sending out an untried employee to represent your organization? Do you fear the damage an employee can do to your organization?

Rather than fearing their failure, Jesus sent them out two-by-two as sheep among wolves. He dropped them into the pool with some instructions and told them to swim to the other side.

The Apostles returned from their mission having preached the Gospel, healed many, and cast out demons. It was clearly a ministry shaping opportunity for the disciples.

It is imperative that we give authority to those under our leadership and give them opportunity to take responsibility. If they cannot handle that responsibility or opportunity, we have either failed in training them or they are not the right ones for the job.

It is the very act of being sent out that so effectively shapes our subordinates. They need those opportunities to be shaped and the support and encouragement to actually gain confidence and excitement to represent Christ through our organizations.

Humility: As noted in the introduction, Jesus is humble. And he teaches about it along the way.

There was a time when the disciples were arguing as they traveled with Jesus. Jesus asked them what they were discussing, but they were apparently too embarrassed to talk about it. Jesus, being God, knew it and took the teaching moment to describe true leadership.

They had been puffing themselves up trying to convince one another that they were the “greatest.” Jesus put it in a nutshell:

“You want to be the greatest…be the least.”

We are called to be servants. It is the “servant of all” who is qualified to be a leader. Having the humility to see yourself this way and act on it forms true leadership.

What is “servanthood?” It means to:

It does not mean:

Jesus was humble, and yet was the God of the Universe. It is an extraordinary thing that we can probably never come to understand. Yet, he acted on it and told us to be it.

Humility does more for an organization and witness to God’s kingdom than probably anything else. It is so thoroughly contrary to the human experience.

But, the Jesus-leader is none of those things.

Jesus, by his dependency, trust, and humility brought others up. Despite it being very clear who the leader was, his followers were not put down, but brought up to join him in the heavenly places as Paul puts it in Ephesians.

The dignity Jesus emparted to his followers through his example and teaching of dependency, trust, and humility is a shining example of leadership.

2 thoughts on “Jesus-Leader: Bring ’em up”