Is it biblical to distinguish between badnesses? 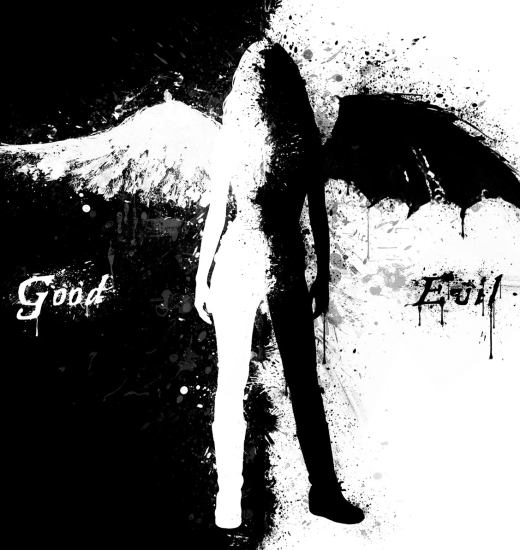 I would suggest yes, but it takes removing our blinders to see the broadness of the biblical witness to brokenness.

There is an Evil Norm…but there is also a Radical Evil that is apparent in scripture.

As I speak and write about the abuse of power and authority both in the home and office, I am finding that I have to spend much breath and ink on the question of badness.

The Evangelical church has worked very hard to witness to the grace found in the gospel. We make clear at every opportunity that sin is sin – it all carries the same punishment: death to our relationship with the Creator of heaven and earth.

People are on a level playing field – we have all sinned and fallen short of the glory of God and therefore are deserving of death and punishment. Amen.

We are in this problem together.

So, are we not called to have mercy on all sinners because we ourselves are sinful? Matthew 7 begins with this admonition. As one counselor has shared, we need to turn our pointing fingers in on ourselves. We need to take the log out of our own eye.

Jesus is telling us to approach those who sin against us in humility, knowing we ourselves have sinned and continue to sin. There is a level playing field before God.

As Joseph dealt with his brothers after their evil of selling him into slavery, so we should consider carefully the kindness of God in working in our lives even through the wickedness of others. Joseph went through hell it seems and yet, became a powerful and helpful leader in Egypt, in the end saving his family from starvation. All because God had plans for him through the evil intent of his brothers. [see Genesis 37 to the end of the book]

But, is there a biblical difference in badness…are some people badder than others and should be treated differently?

Pharaoh is frequently used as an example of evil. In his wickedness, he placed the Israelites in bondage, treating them horrifically, including ordering the deaths of newborn boys. When God began to bring down judgments upon his nation, he refused to repent and instead watched as his countrymen, those he was responsible to care for as a leader, suffered and die at God’s hand.

His oppressive behavior was most certainly of a grander scale in its affects on other people than my next door neighbor’s.

God called Moses, one who had left his home in Egypt and was free from the Egyptian oppression, to stand before Pharaoh and seek the release of the Israelite slaves. Through multiple confrontations, Pharaoh is judged through the miraculous power of God in various plagues. In the end, Moses takes the people and runs and God brings judgment upon Pharaoh through the destruction of his army in the Sea. [see Exodus 1-15]

In 1 Samuel 25, David and his men were living among the shepherds who worked for a “worthless fellow” in his wife, Abigail’s words. David’s men protected the shepherds and never took anything from them, the text says.

When David sought Nabal’s help in providing some food for his men, Nabal refused help to the sojourners, rejecting both a cultural and biblical norm. David was just about to respond in his anger by wiping out Nabal’s family and servants when Abigail comes pleading for David’s mercy. David changes his mind and withdraws his hand of destruction.

Abigail told her husband of his near miss with death. The text says, The Lord struck Nabal and he died.

They were a real pair. Of Ahab, King of Israel, and his wife, Jezebel, it was said,

There was none who sold himself to do what was evil in the sight of the Lord like Ahab, whom Jezebel his wife incited. [1 Kings 21:25 (ESV)]

In fact, the writers of scripture continued to use Ahab as the plumb line for evil as other evil leaders rose up and others determined not to commit the sins of Ahab.

Ahab, 1st Kings says, wanted a garden next to his palace and asked the owner for it. When the family rejected his offer, he fussed like a baby. Jezebel, however came to his aid. She said Ahab was king and could do anything he wanted and went to work stealing the garden from Naboth.

Jezebel had Naboth falsely accused of wrongdoing and stoned to death. Elijah, the prophet, was then sent to Ahab to prophecy judgment on him and his family. But, Ahab seems to repent and God foregoes his judgment.

God sovereignly called for Ahab’s false prophets to prophecy that he would win in battle. Micaiah informs Ahab of their false prophecies, but Ahab in his arrogance puts God’s true prophet in prison. God uses Ahab’s arrogance and rejection of the one true Lord to bring him to an untimely death, using a “random” arrow to kill him despite being disguised.

Jezebel died an ugly death at the hand of King Jehu in 2nd Kings 9 just as was prophesied by Elijah.

In each of these cases, including Joseph, we see ultimately how God brings justice to those who are oppressed by evil people. He does not speak the same way of those who are your average failures.

These evil leaders had opportunities to repent (as Ahab did), but as they continue in their rebellion that is especially destructive of others, God brings about their destruction.

These evildoers are not treated like those who fail (even radically like King David) but who recognize their sins and repent of them. Though all people die at some point, the deaths of these evil people listed above are clear judgments by God…not the normal result of the brokenness of our world seen in aging, disease, and accidents.

There is an Evil Norm…but there is also a Radical Evil that is apparent in scripture.

God in the end will destroy the radicals just as David seeks in Psalm 55. God despises the oppressor [Jeremiah 21:11-12].

And though we are all guilty of great evil, there is a difference in our badnesses.

One thought on “Evil vs. Not So: Is There a Difference?”