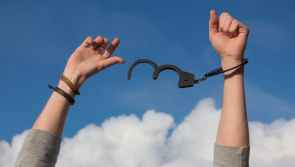 Approximately a year after her termination from an international mission organization, Susan said, “By the grace of God [I was] not looking over my shoulder and not wishing things were the way they were.”

Susan relayed how an acquaintance, who had gone through a similar experience of abusive leadership, had remarked that it was over two years before she was starting to feel like herself again. Susan’s acquaintance was told by advisors that following these kinds of events, “You have got to be easy on yourself. You’ve got to realize the depth of hurt and confusion that’s gone on and it’s going to take months.”

Choosing to Go and Let God

In my last blog, I sought to encourage those who choose to stay in an organization led by a toxic leader. There are good reasons people choose to stay. But, many find good reasons to leave. There is heartbreak and trauma with which to contend and I hope the following stories will be an encouragement and instructional to those who have made the difficult choice of moving on.

One former missionary told me, “I came to a point where I knew in my heart spiritually, emotionally and professionally that the person I am did not line up with who and what the organization leadership had demonstrated to me.” Martha continued,

“The hierarchy of power and status based on race (‘we are white and therefore superior’) and the lack of grace, humility, and servant leadership displayed by the organization leadership was directly opposite of everything I believed that God called me to be and how he called me to serve. I could no longer be part of an organization that manipulated Scripture to promote its own agenda.”

Once they leave an organization, how do survivors of leadership abuse survive? And heal?

Moving On with Purpose

Part of the healing process is seeing purpose in where God has sent you following the experience of toxic leadership.

God gives every one of His servants purpose and sometimes it is realigned with experiences like those of my interviewees.

Martha said, “I am genuinely excited about and…grateful for where we are now.” She and her husband have found meaningful ministry since leaving the toxic organization.

Bryanne, a former missionary teacher, felt purposeless when arriving back in the United States after she and her husband resigned from a toxic mission. They had committed all of their remaining working days to the organization – intending to work until they retired. Bryanne determined to take a “year of jubilee” when returning to the United States. She took time to rest and simply do nothing.

But, several months after returning, she was approached by a family that needed help with aging parents. There was significant healing that took place as she found a God-given purpose for the use of her God-given gifts.

Jeff was fired following a confrontation of his toxic leader. The large, international mercy ministry was led by a sexual predator. Following the confrontation, Jeff and numerous others were fired by the leader. Jeff said writing a book about his experience helped “close the door firmly on that chapter” and he felt “100% whole again” despite having carried much bitterness and cynicism with him for many years. He said it took him 20 years to get beyond the hurt.

It took nearly two years for Jeff to find a job. However, he was hired by a church whose pastor had died. He said, “They were a wounded church…and I was a wounded puppy. We got together and licked each other’s wounds and I think that was good for both of us.”

Though Jeff suggested, “Don’t take 20 years to get over it,” he said the suffering led him to go back to pastoring a church, what he believes was his first love and call.

Getting Together & Telling the Story

Jeff remembered the first few months following being fired when telling me his story.  Everybody (who was fired) was “still in town and we would worship together.” He said, “We would have bible study together and so we had a lot of debriefing time together.” Isaac agreed. He found the most healing when he talked to people who had been through similar situations.

Getting together with others who have faced the struggle or will at least listen is often an important means of healing for those who have suffered at the hands of abusers.

Harris noticed he was talking about his experiences more than he wanted. “But,” he said, “I realized I had to talk about it. I had to tell the story in order to gain mastery over it. Otherwise, it was inside of me and it didn’t make sense.” He said, “I was grateful for a group of friends that…helped us.” A few months later, he and his wife “brought together a group of people we called the ‘discernment team’ just to help us think about what God might have for us next.”

For Brad and Martha, an important period of healing came when they returned to the United States. There was a mission group at one of their supporting churches who cared for them. Martha said, “They just really embraced us and were willing to help.” Brad added, “They wanted to know how we were doing. How they could help us.”

The group asked Brad and Martha to come meet with them to “debrief with them, not to pick apart the ins and outs of the organization, but for us. It wasn’t about trying to fix what we left behind.” He said most other people didn’t really understand and that made this mission group’s support so helpful. Martha added, “There was a measure of failure you wrestle with. We moved our entire lives and sold our house…and for only two years? But, we were never made to feel like failures” by this group.

Mark was employed by an educational mission in a developing country. He was chosen as interim Director for one year. He and his wife lasted less than half that time as they became mediators between the students / staff and the toxic leadership of the mission.

When Mark had turned in his resignation, but was still working with the organization, he said, “I [was] finally able to live with myself because I had watched so much abuse, excused so much abuse, explained to others the abuse they were enduring, but here it now visited me…that enabled me to say, ‘I’m with them, not you anymore.’”

Even now, he seeks shalom. He said, “I think it is a lifelong process in terms of forgiveness.” He explained,

Mark had the impression that for there to be forgiveness, there had to be a sit down. There had to be one-on-one interaction. But, he realized, “That would be impossible knowing…they wouldn’t come with the same motives in place. Theirs would be to just keep things quiet.” He believes forgiveness is “being able to accept their humanity and to…not hold them accountable for how [his] life has gone.” He said it has been very difficult, but he “has made great progress in that arena.”

Harris was the CEO of a major Christian mission. His ministry was scuttled by a controlling and self-seeking board chairman. When the new board chairman and new president of the organization asked for Harris’ forgiveness, he knew he had no option but to forgive knowing he had received forgiveness from the Lord.

He realized he had many advantages having been “born into a loving family” – five generations of pastors – and “having a healthy body and healthy mind.” He recognized them as gifts from God. These realizations helped him have compassion for the chairman and he felt like he “had to honor the relationship.”

Forgiveness rarely brings reconciliation in these situations, but my interviewees consistently spoke of their deep spiritual need to forgive their oppressors. Though the leaders did not seek forgiveness, my interviewees were able to place the leaders in God’s capable hands.

Isaac and his family worked for a medical mission in a developing country. Following his resignation, he sought “cultural clarity” through nationals who were not free to share their insights about the organization prior to his resignation. Like Mark (above), he found encouragement in finally being able to connect with the nationals to whom he ministered unlike when he was employed by the paternalistic, toxic mission he described to me. He learned much about the culture during that time of freedom from the organization.

When his family returned to the United States, they “hid down at a condo on the beach.” While there, they “tried to sort out what was next” as a family. He said they grew a lot as a family. He believed it could have been a difficult time for the family relationally, but he said it helped he and his wife to be more “vulnerable and go through a lot of hard things and not really have the right answers.”

Isaac believes the experience was great, “even the bad stuff.” He said it “helped us understand ourselves better…strip away some of the ways we read the bible obviously from our culture.” Rather than tearing him down, Isaac and his family grew in the Lord from the experience.

Not one of my interviewees has failed to see positive growth from their experiences though they may continue to struggle with the traumatic effects of the abuse they received.

Isaac experienced a certain vindication when a young man with whom they enjoyed working and then lied about them to the founder, “ended up back in the states a year later than us.” He had experienced the same difficulty with the founder as Isaac’s family.

For one family, it was particularly satisfying that many missionaries resigned from the mission giving further evidence of the toxicity of the leadership. “Those missionaries are now free as we are free,” Charles said. “They get it. It is very vindicating to know we were not crazy or misguided in our view of the leadership when we chose to leave.”

Often we wish to level the playing field by suggesting everyone in a conflict is wrong in some ways, making the victim equally wrong. However, in abuse, there is not a level playing field. It is helpful when victims of evil leaders find vindication, the evidence of their boss’ failures rather than their own.

There are many ways God’s people find Shalom when they have left the work they love because of toxic leadership. There is hope in that the Sovereign God of the Universe uses the failures of man, even toxic leaders, to direct His people to ministry that brings them purpose and Him glory. He is always growing His people more and more into the likeness of His Son. And ultimately, God will be vindicated!

Do you have a story to tell. Please share it for the healing of others.