Note: This blog is intended as first in a series exploring ways those who have been traumatized by toxic leaders can find healing in Christ’s love through the church. 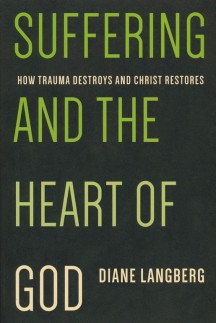 When Steven[1] joined a large Christian parachurch organization he was excited to be in an influential position to spread God’s Word. The organization needed the gifts God had given him as a visionary, network-building leader. He had successfully led other organizations and was not looking for another job when approached. But, the enticement of using his God-given gifts to rebuild a ministry overcame the attractive comforts of staying in his current position.

He was warned that the organization was “dysfunctional” and it only took a short time for the dysfunction to catch up to him. The chairman of the board of directors was exceedingly controlling and did not seem to appreciate the new leader’s successes. Steven was fired unceremoniously after little or no discussion as to why a few short months after being “headhunted” by the organization.

Steven said he went through all the stages of grief and was “talking about the story more than [he] wanted to.” Diana Langberg, a Christian psychiatrist who has worked extensively with those who have experienced trauma says this is very common. She says,

“When people have been traumatized, they repeat things over and over, trying to grasp what cannot be understood and trying to carry what is unbearable.”[2]

According to Langberg, it is an important part of the healing process for many to continually speak of the pain. The processing involved in repeating the story in many different ways provides clarity over time as the traumatized extract themselves from the emotional abuse they have suffered.

As we conversed about his experience, Steven said, “I realized in a sense I had to talk about it. I had to tell the story in order to gain mastery over it. Otherwise it was inside of me and it didn’t make sense.” This is true of many employees of Christian organizations with whom I have spoken. Mark, a faculty member of a Christian college under abusive leadership, said he and his wife found much healing by meeting with a church group that listened to them “without judging.”

However, it is often difficult for others to hear the same stories “over and over again.” This seemed true for our own friends who struggled to hear our stories when we returned from the mission field. Sometimes their eyes glazed over or they made judgmental comments. Suggestions were made intending to move us beyond our apparent rut of anger, disappointment, and shame. One woman, traumatized by emotional abuse in her home, said much the same thing. She believes people just don’t want to hear the stories and she doesn’t want to bore them.

Weep With Those Who Weep

Do we have the patience to weep with our brothers as they pour out their pain to us over and over again? Maybe if we recognize this as part of God’s means for healing His children, we will take the long view and allow ourselves to be inconvenienced.

God has created our brains in such a way that we can “empathize” with others. As explained by Dr. Bessel van der Kolk, a specialist in diagnosis and treatment of trauma, there are “mirror” neurons in the frontal lobe that make it possible to “pick up not only another person’s movement but her emotional state and intentions as well. When people are in sync with each other, they tend to stand or sit similar ways, and their voices take on the same rhythms.”[4]

Kolk goes on to say trauma itself usually involves “not being seen, not being mirrored, and not being taken into account.”[5] Trauma is brought on by others who do not care for the person they are hurting. They have no concern for the feelings of others.

As abusers or possibly Narcissists, they are really only concerned about their own comforts and power. Many abusive individuals will strongly maintain they “love” the one they abuse, but their controlling and demeaning behavior is not Jesus’ kind of love.

For healing to take place, the traumatized person must regain the ability to safely “mirror” (empathize with) others and be mirrored by others, according to Kolk.[6] They must salvage their ability to trust others in relationships both in sharing their own hurts and hearing the distresses of others.

How do the traumatized begin to trust again? Having been so deeply wounded by another human being, how does a person, who joined a Christian organization thinking they would minister “together” with a brother in Christ, regain the capacity to trust others?

[1] Not his real name. All the names in this blog have been changed to protect their identities.

One thought on “Trauma by Swine: Part 1”